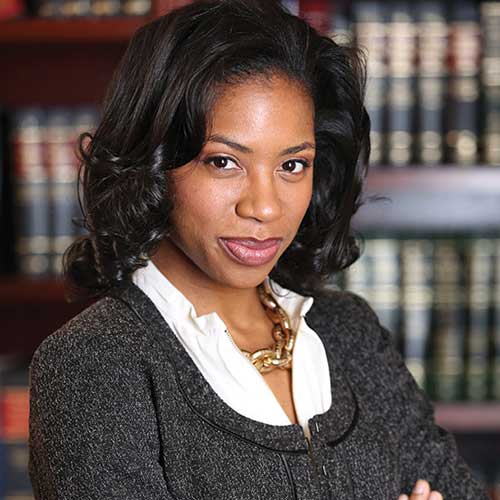 Danielle is a litigator with a practice focused in the areas of commercial and employment litigation. She represents companies and local government entities in a variety of business disputes before state and federal courts. She also represents private and public employers in labor and employment matters before various courts and administrative agencies. She assists employers litigating and defending claims of harassment; retaliation and discrimination on the basis of age, race, sex and disability; wrongful discharge in violation of public policy; and breach of contract. She advises employers regarding compliance with the Americans with Disabilities Act, the Family and Medical Leave Act, the Fair Labor Standards Act and other federal and state laws governing the employment relationship. In addition to her defense practice, Danielle also assists transitioning executives and professionals in employment disputes.

Prior to joining the firm, Danielle practiced labor and employment law at Poyner Spruill LLP in Raleigh, NC. She also served as an intern in the chambers of Judge Donald L. Graham of the United States District Court for the Southern District of Florida. Danielle graduated with honors from Tennessee State University where she obtained a B.S. in Health Care Administration and Planning. She received her Juris Doctor from Emory University School of Law where she was a member of the Moot Court and Mock Trial Teams, as well as the recipient of numerous awards for excellence in trial advocacy.

Danielle has been named a “Rising Star” by North Carolina Super Lawyers Magazine and she has been named to Lawyers of Color’s Inaugural Hot List. She is a frequent speaker on labor and employment law issues and has served as a guest lecturer at North Carolina Central School of Law. She is also a faculty member of the nationally renowned Kessler–Eidson Trial Techniques Program at Emory University School of Law in Atlanta, Georgia.